Third place winners of the Bit1 competition, team Erden share their experience in Finnish Game Day and the White Nights conference in Saint Petersburg in June 2019.

As a reward of Bit1 our team got to take part in the White Nights Conference in St.Petersburg. I, Jonas as a Head of Business was sent on this trip to look for publishers, investors and other business possibilities. The 3-day trip started with the Finnish Game Day at the Finnish Consulate where I met many industry friends who had taken part in a pre-event held at the Games Factory in Helsinki the day before trip. The venue was evacuated due to a silent alarm that had been triggered by some smoke from outside but that didn’t stop people from mingling in the streets outside the consulate. 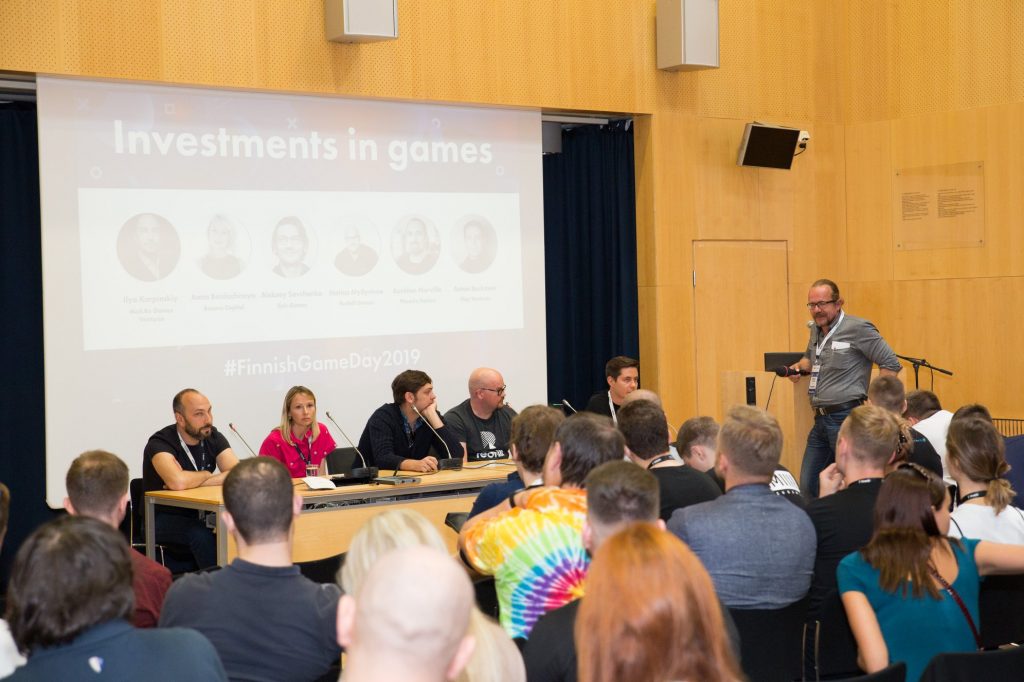 For the evening there were two different parties. The more interesting one was the last one at the Mail.Ru offices since it was a more casual office party where it was much easier to get to know people. I highly recommend choosing parties based on the size – big parties are nice but if you really want to meet and get to know people small casual parties work better.

The next day was all about the event. We kicked of our showcase at the Play Finland booths. The location was not the best since we literally occupied the furthest corner of the event area but there was still some traffic and people who found their way to the booth. The demoing went well and people gave good feedback all day. The venue itself was great and there was plenty of food and drinks all along the day. At the first day we ended up on a cruise around the canals of St.Petersburg. The weather was lovely and it was a great time to get to really talk and meet with the other Finns participating the event.

The last day I took a different strategy to meet people. I had booked some meetings beforehand using the official booking application and I basically went around the venue meeting people. It was a much more effective and productive way in my opinion compared to being at the booth and waiting, mainly because not that many people visited our corner. I would say that the best connections and contacts of the event came from introductions by other Finns and the people we met earlier in the event so, as a tip, mingle and find a group to hang with at the early stage.

As the second day ended most people at the Play Finland booths left to the center for some shopping before taking the train back to Finland. I ended my trip with a great dinner and chat with Natasha Trygg about the state of the industry and getting investment for new upcoming teams. Its not easy but you just have to hustle and keep on hustling.

All in all, the trip was worth taking and remember that the most important things come after the event so follow-up with your contacts!